Xbox Game Pass is a really great service for cheap Xbox games as well as cheap PC games . Its great advantage is the fact that the library is gradually expanding with completely new, interesting productions, among which there are both great hits and relatively small “turkeys” that could normally be overlooked 30 BEST GAMES. 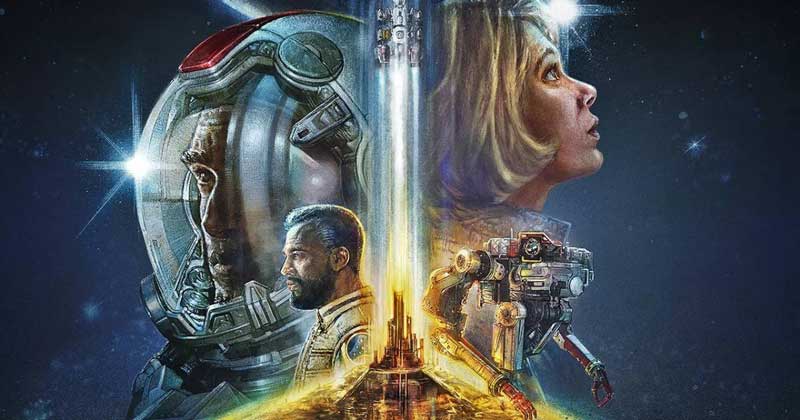 In 2022, there is a lot of good waiting for subscribers, and for this reason we decided to introduce you to 30 productions, about which we already know about the upcoming debut in Game Pass. Of course, it cannot be ruled out that the premieres of some of them will be delayed, but … let’s be positive

Not to mention: see what games Xbox Game Pass will get in 2022!

In March, players will see the premiere of A Memoir Blue , an adventure game created by Cloisters Interactive studio, which will tell the story of love between a mother and daughter. The authors themselves use the term “interactive poem” for their work – it promises to be interesting, and at the same time very specific.

A Plague Tale: Innocence, released in 2018, turned out to be a big surprise. The combination of stealth, adventure and survival-horror elements was a bull’s eye. There are many indications that the sequel will repeat this success. The trailers so far show great graphics, and the more mature, more experienced protagonist means that in A Plague Tale: Requiem we can probably expect significant changes in the gameplay as well.

In the coming months, we are waiting for the premiere of As Dusk Falls , an interactive drama created by developers from INTERIOR / NIGHT. We don’t know much about this project, but the story is to tell the fate of two families in a small town somewhere in Arizona, and the players’ decisions will have a big impact on the course of the story.

Even before its premiere, Atomic Heart was called “Russian BioShock” and although the term seems quite accurate, it must be admitted that the creators from Mundfish made sure that their work stood out from the competition. This is an effective, first-person shooter with action set in an alternative universe, in which we will face many opponents, using a wide arsenal of weapons and special skills. Fans of heavy sounds will also be pleased that Mick Gordon himself is responsible for the soundtrack.

When browsing cheap Xbox games, you will surely come across a lot of two-dimensional, pixel-art action games with platform elements. Bushiden is another representative of them, which looks like something that could boldly be found somewhere on a cartridge from the iconic Pegasus in our country

For several years, cyberpunk climates have been very popular in the gaming industry and are also used by the creators of “turkeys”. It is no different in the case of Chinatown Detective Agency , a classic point and click adventure game that takes players until 2032. The game will focus on searching for clues and solving criminal riddles.

Crusader Kings 3 is something that is associated with the slogan of “cheap PC games” rather than with consoles. It turns out, however, that this year we will see a port of this popular and complex strategy for the Xbox Series X | S consoles! It only remains to keep their fingers crossed that the authors will manage to create appropriately intuitive and comfortable control using the controller …

If you like touching games, you will surely be interested in FAR: Changing Times . In this platformer with logical and adventure elements, you will play the role of a boy named Toe, who sets off on a journey in his ship in search of a new home.

Now something from a completely different story: Frog Detective is a colorful and charming adventure game telling the story of the title frog-detective. The main character is engaged in solving criminal cases and secrets. The game has had a few hits and a group of loyal fans, and soon owners of Xbox consoles will join them.

The inconspicuous network production about the sinister neighbor turned out to be a huge hit and saw several spin-offs, and in some time we will get a full-fledged sequel. Hello Neighbor 2 does not change the gameplay completely, but it will introduce some new elements, thanks to which the game is to be even more interesting and suspenseful. The extensive artificial intelligence, which will learn the behavior of players and respond to them appropriately, promises to be particularly interesting. Game Hello Neighbor 2 Download

Independent authors are eagerly inspired by the works of From Software studio, and the authors of Loot River are also following this path . The whole thing was spiced up with roguelike elements and an interesting motif of moving the platforms on which the protagonist moves. If you love demanding games, you should definitely follow the information about this title!

Looking at the screenshots or video from Midnight Fight Express it’s hard to believe that only one person is responsible for this spectacular production, but it’s true! The game is created by a Pole, Jakub Dzwinel and it must be admitted that this spectacular, three-dimensional beat’em up has the potential to be a real hit. Will this happen? We will see for ourselves this summer.

Baseball is unlikely to be among the most popular sports in Poland, but fans of this sport will surely be interested in MLB The Show 22 . The new version of the series will debut in April this year and, interestingly, its publisher will be Sony, i.e. a direct competitor of Microsoft

Are you looking for something to relax after a hard day and do you dream of playing games in a larger group? If you answered yes to this question, then take a look at Party Animals , a party fight with animals and … a physical engine, which will surely guarantee many funny situations.

While browsing Game Pass games you will come across, among others for goat or deer simulators, and soon … Pigeon Simulator will join this group . Just like the titles mentioned a moment ago, here we will not get any serious production about the hardships of a bird’s life, and instead, players will get a whole lot of humor and absurdity. And anyway … see the trailer for yourself

The Redfall announcement in Game Pass was surely one of the biggest surprises of the Xbox & Bethesda Games Showcase in 2021! We don’t know much about this cooperative vampire shooter, but the fact that Arcane Studios, the creators of, among others, The Dishonored series means that we can be calm about the quality of the game …

I don’t think we will see Cyberpunk 2077 in Xbox Game Pass , at least for now. Replaced may turn out to be a kind of substitute , which takes players to an alternate reality in 1980. This is a 2.5D platformer in which we direct a being called REACH, an artificial intelligence placed against its will in the human body. It promises to be something really interesting for fans of moral dilemmas and … great, pixel art graphics.

For people who appreciate good, spine-chilling horror games on Game Pass , Scorn is probably at the top of the wish-list. Inspired by the work of HR Giger, the game has been in development for a long time and has already been postponed a few times, but most likely it will be delivered to the market this year. We keep our fingers crossed, because there is never enough of good horror movies!

A joint conference between Bethesda and Microsoft showed us what games Game Pass will receive in the coming months. Among them is also Shredders , which should attract fans of titles such as SSX, Steep or simply winter, white madness enthusiasts to the screens.

It’s not an easy task to make a good survival-horror game in a fairly minimalist, pixelated graphic style. However, it looks like the Signalis developers may be able to do just that. Their work, despite its retro setting, can make you shiver on your back thanks to appropriately dark secrets, a properly constructed atmosphere and terrifying monsters.

Beatrix LeBeau will soon be back in a new pastel adventure. Fans of the previous part can expect even more of what they love: a new, colorful island, new creatures to catch, and completely new accessories and gadgets. The exact release date of Slime Rancher 2 has yet to be revealed, but if nothing changes, we’ll be playing later this year!

British studio Rebellion has found its niche in the form of sniper games combining action with stealth. Each subsequent edition gradually introduces new elements and gives players even more possibilities. The same will also be the case of Sniper Elite 5 , in which the protagonist, Karl Fairburne, will go to the territories of occupied France. Apart from the singleplayer campaign, the players will also have a multiplayer game.

Did you like Limbo and Inside? Then you should like Somerville too! This is a dark platformer with logical puzzles, in which we will have to face an alien invasion. The similarities between the three titles mentioned above are no coincidence, because they all have one person in common: Dino Patti, founder of the Jumpship studio.

The premiere of STALKER 2 Heart of Chernobyl on Xbox Game Pass was initially scheduled for April this year, but … unfortunately, it was postponed to December. However, there is nothing bad that would not turn out to be good! We can count that the longer production time will allow developers to eliminate errors and at the end of this year we will have a great adventure in the Chernobyl exclusion zone. Game Download STALKER 2 PC

Xbox Game Pass games are both relatively unknown independent productions and huge blockbusters from well-known developers. Starfield definitely belongs to the latter group and from the pre-release announcements it appears that it will be an extremely ambitious RPG, for which the term “Skyrim in space” is already used. Although we do not know much so far, it is hard not to get excited about this item, and we will find out about it on November 11, because then Starfield debut in Game Pass is scheduled for .

While we won’t play Ghost of Tsushima on Xbox , Trek to Yomi can fill that gap in some way. The production created by the Polish studio Flying Wild Hog, as well as the work of Suckerpunch Productions, is inspired by samurai climates and Akira Kurosawa’s cinema. Let’s add a great, atmospheric audiovisual setting and we have a recipe for a potential hit.

After the successful Two Point Hospital, it is time for another economic strategy in which we will deal with the management of the school this time. Two Point Campus will provide us with a similar gameplay: so we will expand our facilities, put in the necessary equipment, as well as hire and manage employees.

The Warhammer universe receives at least a few new productions each year. Not all of them are worth the fight, but there are indications that Warhammer 40,000 Darktide may be a success. This is a cooperative shooter for up to four people, for which the developers of the successful and popular Vermintide are responsible.

Weird West will appear in Xbox Game Pass in March 2022 and it seems that fans of extraordinary productions have something to wait for! This action RPG, created by the co-creators of the Prey and Dishonored series, combines dark fantasy and western atmosphere, and several different characters and a story that changes as decisions are made should guarantee many hours of fun.

If the article convinces you to join XGP subscribers / subscription renewals, take a look at the best promotions on Xbox Game Pass: